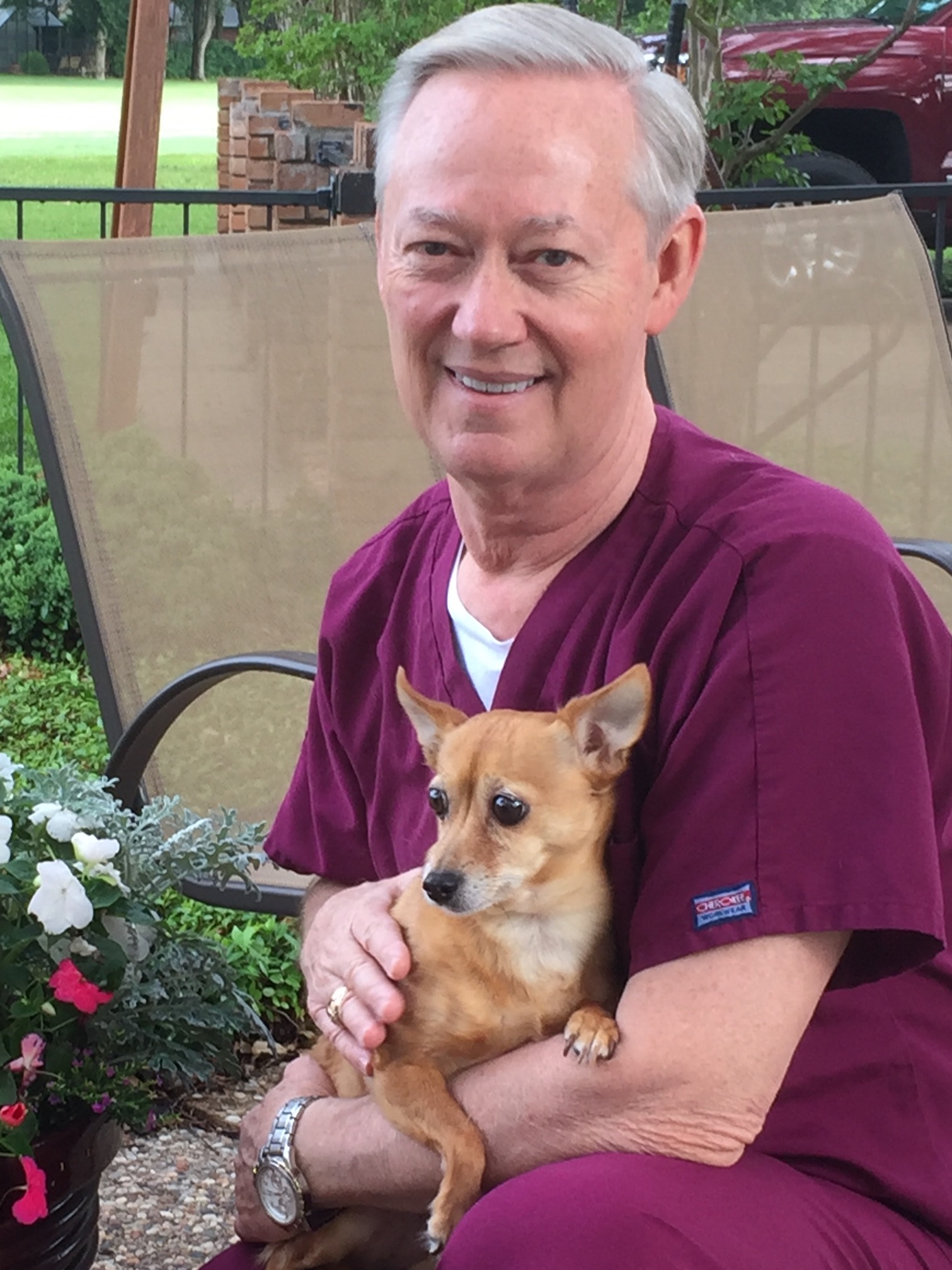 Randy and Cindy have 2 married daughters, 3 grandsons, and 1 granddaughter. Randy enjoys gardening, target shooting, reading, model trains, cooking, spending time at his ranch and spending time with his family, including “just hanging with his grandkids” as well as relaxing with his 3 dogs, “Lucy”, “Phoebe”, and “Callie”. He also enjoys teaching Bible Study at his church, and is a leader in Bible Study Fellowship. 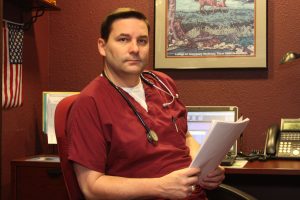 He and his wife, Brandi, have one son, Walker, who attends Southwest Christian School. They have added a puppy to their family, named “Ace”. 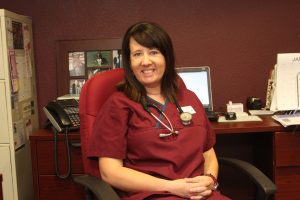 She has a niece & 2 nephews who she loves to entertain! She currently has two Basset Hounds, “Charlie” and “Dudley,” and a calico cat named “Maya.” Dr. Hudgens enjoys running half marathons and reading in her spare time. 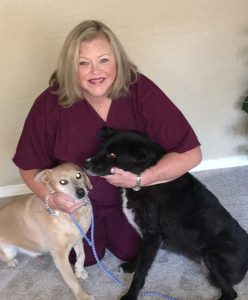 Dr. Raney grew up in west Texas and attended the University of Oklahoma, where she pursued a degree in Music. She was active in the band and symphony at that time. After changing her degree plan, she transferred to Texas A&M to pursue a degree in Biomedical Science. Dr. Raney received a Bachelor of Science degree in Veterinary Science and a Doctorate Degree in Veterinary Medicine. Dr. Raney moved to Fort Worth in 2000 and has been practicing small animal veterinary medicine since. 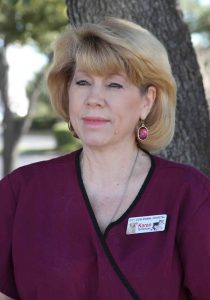 Karen graduated from Texas A&M University with a Bachelor’s Degree in BioMedicine. She was Dr. Jones first technician when he started practicing and worked with him four years until he opened his own clinic. She then worked for him part-time on and off for several years until moving out of the area. When she moved back from Atlanta in 2014, she once again joined our team fulltime.

Karen has 3 children, all grown and living in Atlanta. She also has 1 grandson, Porter. Karen enjoys skyping with Porter and cooking (especially at Christmas)! 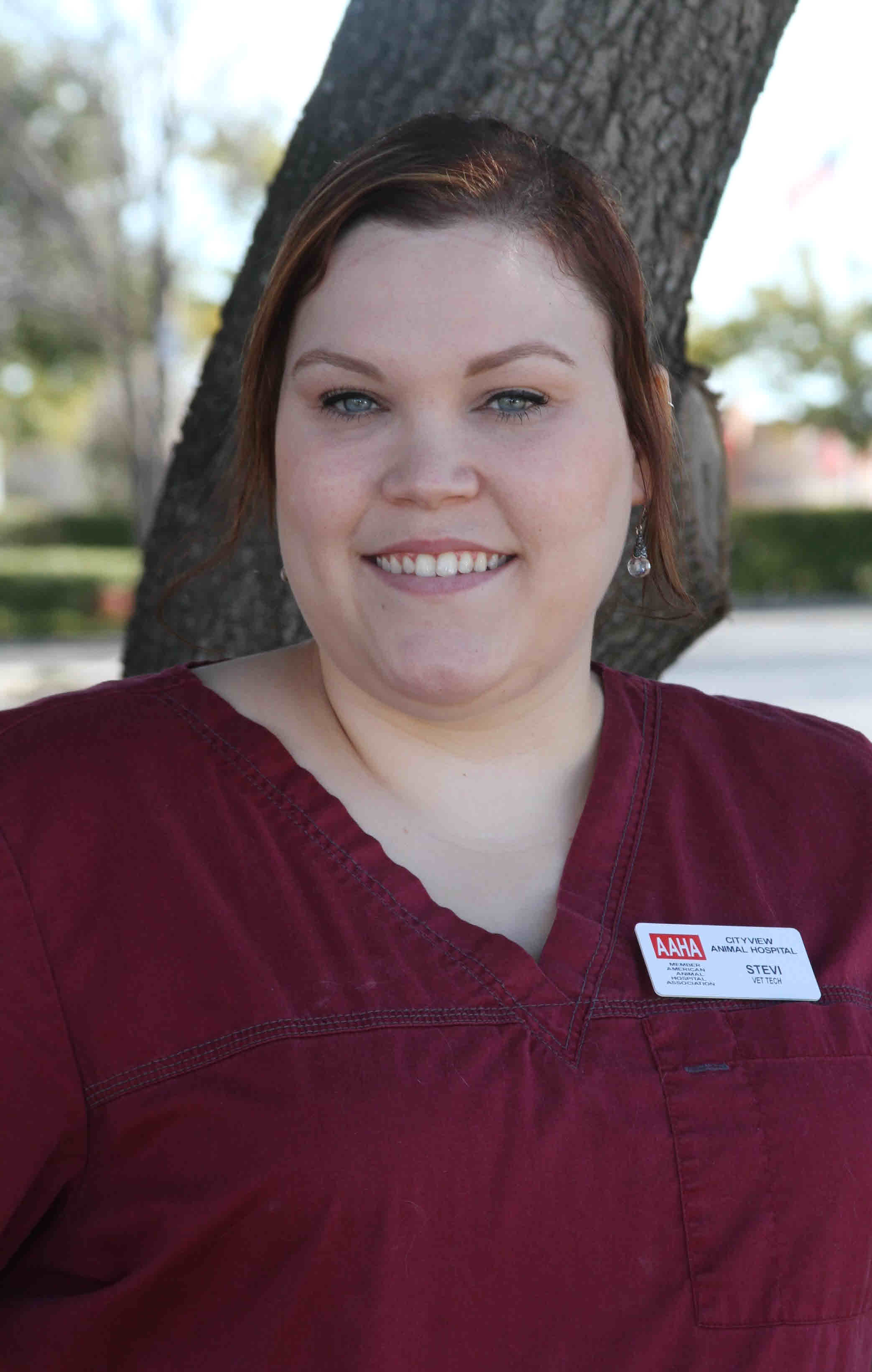 Stevi attended Weatherford College, and is currently in the Distance Learning Program at San Juan College, pursing her Associates Degree in Veterinary Technology to become a Licensed Veterinary Technician. She married her high school sweetheart in 2008. She has a soft spot for cattle dogs and Australian Shepherds. Stevi has an Australian Shepherd named “Lucy”, and a Blue Heeler named “Luna Belle”. She enjoys reading, hunting, and fishing. 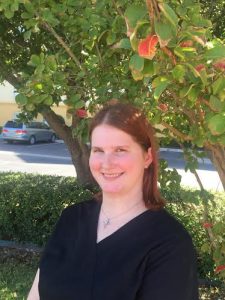 Abbey is a 2012 graduate of Cedar Valley College’s Veterinary Technician Program. She worked for another animal clinic for over three years before joining the Cityview team a few months ago. Abbey has had a passion for working with animals, for as far back as she can remember. She has developed a love for cats, even when they are grumpy! 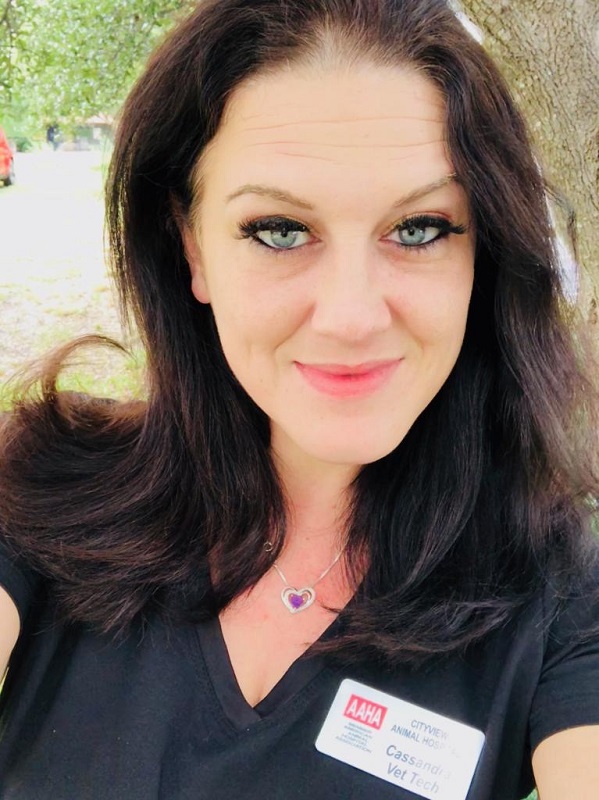 Cassandra graduated with her C.V.A. in June of 2018 and plans to continue her education and career in Veterinary Medicine for years to come. She has worked with animals from a very young age helping out on the family farm, training her competition horses, and participated in barrel racing competitions all over Texas. Cassandra has two cats named Smokey and Sphinxy, and a leopard gecko named Jupiter. She enjoys spending time with her family, traveling, video games, and shopping. 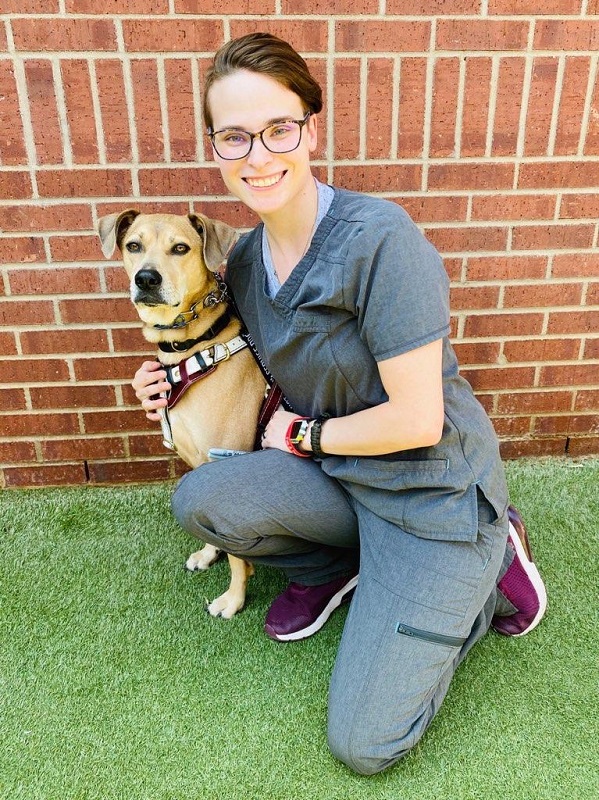 Meg joined Cityview Animal Hospital in 2019 as a receptionist and is now training as a veterinary technician. She has lived in Fort Worth since she was 6 years old. She attended Texas A&M University where she got her Bachelors of Science in Animal Science. She has always wanted to work with animals and used to show Paint Horses. Outside of work, she enjoys hiking or relaxing with her service dog, Stormie. She also has a Basenji, Sheena, and two cats, Kiona and Yuki. 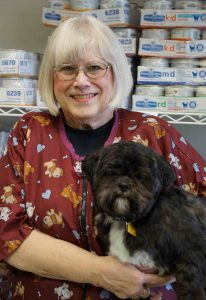 Beth has been a groomer for 36 years, most of those with Dr. Jones. She focuses primarily on small/toy dog grooming and has many loyal customers. She and her husband, Bobby, have been involved in breeding and showing dogs for over 45 years—first with Dalmatians and Fox Terriers, and since 2001 have bred and shown Pugs. Nine of their 11 Pugs have finished their championships! In 2014 they added a Bullmastiff puppy to their family named “Clark” who is also on his way to a championship!